New edition of Marina Warner`s fascinating study of the cult of the Virgin Mary
Considers lasting polemical themes
Presents a powerful, lastingly relevant, and resonant argument about the position of women in relation to female symbolism
Accessibly written and generously illustrated
Includes a new preface, which revises Warner`s original conclusion in light of how the cult of the Virgin Mary has developed in recent years

This unique study of the cult of the Virgin Mary offers a way of thinking about the interrelations of Catholicism and ideas of ideal femininity over the longue duree. An ambitious history of the changing symbolism of the Mother of God, Alone of All Her Sex holds up to the light different emphases occurring at different times, and highlights that the apparent archetype of a magna mater is constantly in play with social and historical conditions and values. Marina Warner`s interesting perspective was forged in the aftermath of significant postwar developments in history, anthropology, and feminism and the book inspired fierce debates when it was first published in 1976. Alone of All Her Sex is also an emotive, personal statement, arising from Warner`s own upbringing as a Catholic. It picks up on classic accounts such as Mary MacCarthy`s Memoirs of a Catholic Girlhood and Antonia White`s Frost in May, as well as the author`s own experiences at a Catholic boarding school. Highly controversial in conservative quarters, the book`s arguments were welcomed and recognised by many readers who shared Warner`s experiences. In this new edition, Marina Warner has written a new preface which reviews the book in the light of the current debate about secularism, faith, nations, and social identities. She takes issue with her original mistaken conclusion that the modern age would see the cult of Mary fade away and revises it in the light of recent popes` enthusiasm for the Mother of God, a fresh wave of visions and revelations, a new generation of female saints, and the reorientation of theological approaches to the woman question.

Preface to the new edition
Author`s Note
Prologue
Part One: Virgin
1: Mary in the Gospels
2: Mary in the Apocrypha
3: Virgin Birth
4: Second Eve
5: Virgins and Martyrs
Part Two: Queen
6: The Assumption
7: Maria Regina
Part Three: Bride
8: The Song of Songs
9: Troubadors
10: Madonna
11: Dante, Beatrice, and the Virgin Mary
Part Four: Mother
12: Let It Be
13: The Milk of Paradise
14: Mater Dolorosa
15: The Penitent Whore
16: The Immaculate Conception
17: The Moon and the Stars
Part Five: Intercessor
18: Growth in Every Thing
19: Icons and Relics
20: Visions, The Rosary, and War
21: The Hour of Our Death
Epilogue
Appendix A: St Luke`s Magnificat
Appendix B: A Muddle of Marys
Chronology

Marina Warner`s award-winning studies of mythology and fairy tales include Monuments & Maidens: The Allegory of the Female Form (1985) and No Go the Bogeyman: Scaring, Lulling and Making Mock (1998). Her Clarendon Lectures Fantastic Metamorphoses; Other Worlds were published in 2002; her essays on literature and culture were collected in Signs & Wonders (2000), and Phantasmagoria, a study of spirits and technology, appeared in 2006. Marina Warner was created a Chevalier de l`Ordre des Arts et des Lettres by the French in 2002, and a Commendatore by the Italians in 2005. She was awarded the Warburg Prize in Germany in 2004, and is an Honorary Fellow of Lady Margaret Hall, Oxford. She is Professor of Literature, Film and Theatre Studies at the University of Essex and President of the British Comparative Literature Association. In 2005 she was elected a Fellow of the British Academy. Oxford gave her an Honorary Doctorate in 2005 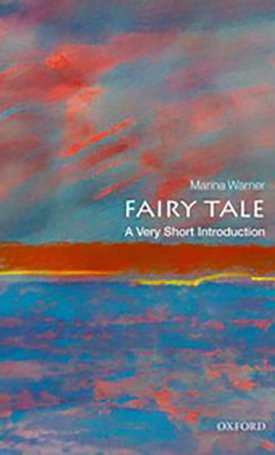