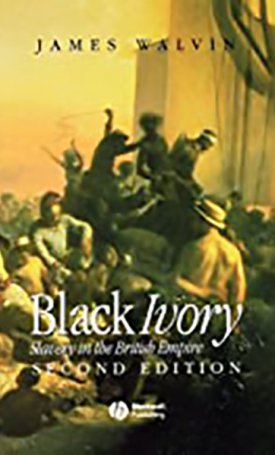 The brutal story of African slavery in the British colonies of the West Indies and North America is told with clarity and compassion in this classic history. James Walvin explores the experiences which bound together slaves from diverse African backgrounds and explains how slavery transformed the tastes and economy of the Western world. Although written for readers with no prior knowledge of the subject, Walvins`s account is based on detailed scholarship, drawing on a body of work from the USA, the West Indies and Britain. All aspects of African slavery up to 1776 are covered: the situation of women, flight and rebellion, disease and death, the conditions on the slave ships, the abolition campaign and much more. The narrative is enlivened and personalised by frequent reference to individual lives. For this revised edition, the author has incorporated recent scholarly findings and updated the notes and bibliography in order to keep the book current.
Kiadó: Blackwell Publishing Ltd.
Kategória: Történelem