The Cambridge Companion to Einstein 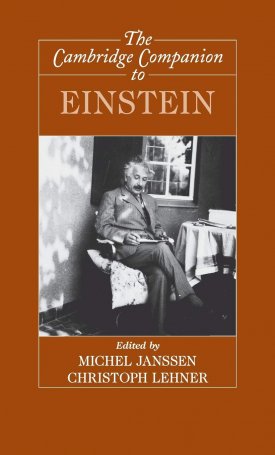 The Cambridge Companion to Einstein

This volume is the first systematic presentation of the work of Albert Einstein, comprising fourteen essays by leading historians and philosophers of science that introduce readers to his work. Following an introduction that places Einstein`s work in the context of his life and times, the book opens with essays on the papers of Einstein`s `miracle year`, 1905, covering Brownian motion, light quanta, and special relativity, as well as his contributions to early quantum theory and the opposition to his light quantum hypothesis. Further essays relate Einstein`s path to the general theory of relativity (1915) and the beginnings of two fields it spawned, relativistic cosmology and gravitational waves. Essays on Einstein`s later years examine his unified field theory program and his critique of quantum mechanics. The closing essays explore the relation between Einstein`s work and twentieth-century philosophy, as well as his political writings.

Provides a systematic presentation of Einstein`s writings on science, philosophy and politics
Includes explanations of Einstein`s science in terms accessible to a general audience
Contains authoritative coverage of Einstein`s work by some of the world`s leading Einstein scholars

Christoph Lehner, Max-Planck-Institut für Wissenschaftsgeschichte, Berlin
Christoph Lehner is a research scholar at the Max Planck Institute for the History of Science and the coordinator of its project on the History and Foundations of Quantum Mechanics. He has been an editor at the Einstein Papers Project at Boston University and at the California Institute of Technology, and has been a scientific advisor for the 2005 exhibit `Einstein, Chief Engineer of the Universe` in Berlin. The focus of his research is the history and philosophy of quantum theory.