The Cambridge Companion to Shakespearean Comedy 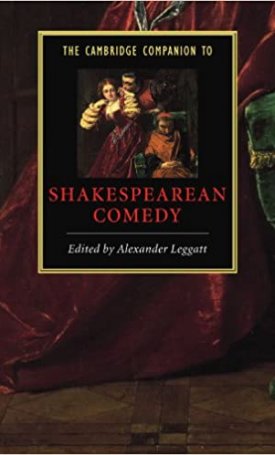 The Cambridge Companion to Shakespearean Comedy

This is an accessible, wide-ranging and informed introduction to Shakespeare’s comedies and romances. Rather than taking each play in isolation, the chapters trace recurring issues, suggesting both the continuity and the variety of Shakespeare’s practice and the creative use he made of the conventions he inherited. The first section puts Shakespeare in the context of classical and Renaissance comedy and comic theory, the work of his Elizabethan predecessors and the traditions of popular festivity. The second section traces a number of themes through Shakespeare’s early and middle comedies, dark comedies and late romances, establishing the key features of his comedy as a whole and illuminating particular plays by close analysis. Individual chapters draw on contemporary politics, rhetoric, and the history of Shakespeare production. Written by experts in the relevant fields, the chapters bring the reader up to date on current thinking and frequently challenge long-standing critical assumptions.

• Chapters devoted to themes across several plays rather than one chapter per play • Broad interpretation of comedy, to include late romances like The Tempest and ‘problem’ plays like Measure for Measure • Pays full attention to literary and cultural contexts