Can Democracy Be Saved? - Participation, Deliberation and Social Movements 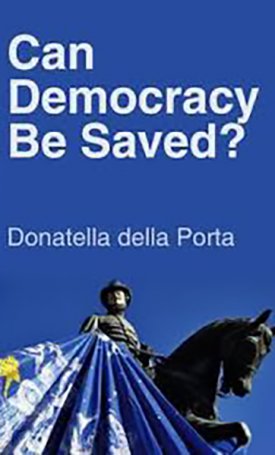 Can Democracy Be Saved? - Participation, Deliberation and Social Movements

Financial crisis, economic globalization and the strengthening of neoliberal policies present stark challenges to traditional conceptions of representative democracy. Yet, at the same time, new opportunities are emerging that propose alternative visions for the future of democracy. In this highly articulate book, Donatella della Porta analyses diverse conceptions and practices of participatory and deliberative democracy, building upon recent reflections in normative theory as well as original empirical research. As well as drawing on key historical examples, the book pays close attention to the current revitalization of social movements: the Arab Spring uprisings in processes of democratic transition; the potential of new technologies to develop so-called e-democracy in the Indignados and Occupy Wall Street protests; and proposals for cosmopolitan democracy found in recent campaigns for democratization of the European Union and United Nations. Alongside such social movements, the book also assesses institutional reactions, from the policing of protest to efforts at reform. This contribution to a critical contemporary debate, by a leading political sociologist and scholar of social movements, will be of great value to students and scholars of political sociology, political science and social movement studies, as well as anyone interested in the shape and development of democracy
Kiadó: Polity Press
Kategória: Történelem, Politika, Közgazdaságtan