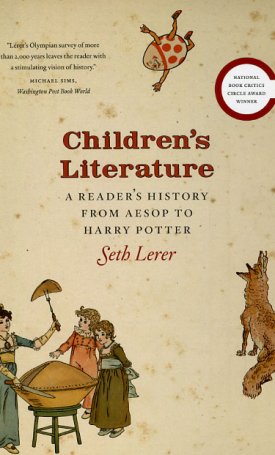 Ever since children have learned to read, there has been children’s literature. Children’s Literature charts the makings of the Western literary imagination from Aesop’s fables to Mother Goose, from Alice’s Adventures in Wonderland to Peter Pan, from Where the Wild Things Are to Harry Potter.

The only single-volume work to capture the rich and diverse history of children’s literature in its full panorama, this extraordinary book reveals why J. R. R. Tolkien, Dr. Seuss, Laura Ingalls Wilder, Beatrix Potter, and many others, despite their divergent styles and subject matter, have all resonated with generations of readers. Children’s Literature is an exhilarating quest across centuries, continents, and genres to discover how, and why, we first fall in love with the written word.

Seth Lerer is distinguished professor of literature at the University of California, San Diego. He is the author of nine previous books, and received the National Book Critics Circle Award and the Truman Capote Prize in Criticism for Children’s Literature: A Reader’s History, from Aesop to Harry Potter, also published by the University of Chicago Press.

Lerer, Seth Chaucer and His Readers: Imagining the Author in Late-Medieval England