Concise History of the United States of America, A- The Making of the American Nation

Concise History of the United States of America, A- The Making of the American Nation

Born out of violence and the aspirations of its early settlers, the United States of America has become one of the world`s most powerful nations. The book begins in colonial America as the first Europeans arrived, lured by the promise of financial profit, driven by religious piety and accompanied by diseases which would ravage the native populations. It explores the tensions inherent in a country built on slave labour in the name of liberty, one forced to assert its unity and reassess its ideals in the face of secession and civil war, and one that struggled to establish moral supremacy, military security and economic stability during the financial crises and global conflicts of the twentieth century. Woven through this richly crafted study of America`s shifting social and political landscapes are the multiple voices of the nation`s history: slaves and slave owners, revolutionaries and reformers, soldiers and statesmen, immigrants and refugees. These voices help define the United States at the dawn of a new century.
Kiadó: Cambridge University Press
Kategória: Történelem, Politika 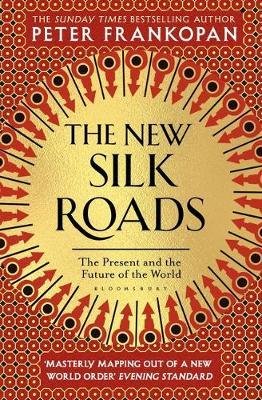 Frankopan, Peter The New Silk Roads - The Present and Future of the World