Crisis of the Twelfth Century, The - Power, Lordship, and the Origins of European Government 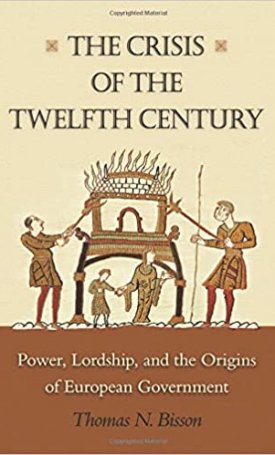 Crisis of the Twelfth Century, The - Power, Lordship, and the Origins of European Government

Medieval civilization came of age in thunderous events like the Norman Conquest and the First Crusade. Power fell into the hands of men around castles who imposed coercive new lordships in quest of nobility, heedless of the old public order. In The Crisis of the Twelfth Century, acclaimed historian Thomas Bisson asks what it was like to live in a Europe without government, and he asks how people experienced power, and suffered. Rethinking a familiar history as a problem of origins, he explores the circumstances that impelled knights, emperors, nobles, and churchmen to infuse lordship with social purpose.

Bisson traces the origins of European government to a crisis of lordship and its resolution. King John of England was only the latest and most conspicuous in a gallery of bad lords who dominated the populace instead of ruling it. Men like him had been all too commonplace in the twelfth century. More and more knights pretended to powers and status, encroached on clerical domains and exploited peasants, and came to seem threatening to social order and peace. Yet as Bisson shows, it was not so much the oppressed people as their tormentors who were in crisis. Covering all of Western Christendom, this book suggests what these violent people--and the outcries they provoked--contributed to the making of governments in kingdoms, principalities, and towns.

The Crisis of the Twelfth Century is an unparalleled cultural history of power in medieval Europe, and a monumental achievement by one of today`s foremost medievalists.

Thomas N. Bisson is the Henry Charles Lea Professor of Medieval History (emeritus) at Harvard University. His books include Tormented Voices: Power, Crisis, and Humanity in Rural Catalonia, 1140-1200 and Cultures of Power: Lordship, Status, and Process in Twelfth-Century Europe.

Arabs and Empires before Islam