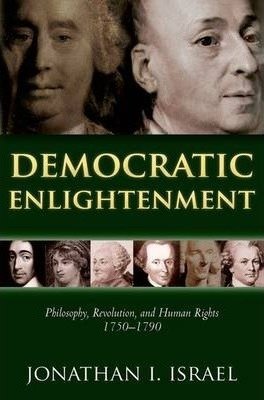 The Enlightenment shaped modernity. Western values of representative democracy and basic human rights, gender and racial equality, individual liberty, and freedom of expression and the press, form an interlocking system that derives directly from the Enlightenment`s philosophical revolution. This fact is uncontested - yet remarkably few historians or philosophers have attempted to trace the process of ideas from the political and social turmoil of the late eighteenth century to the present day. This is precisely what Jonathan Israel now does. He demonstrates that the Enlightenment was an essentially revolutionary process, driven by philosophical debate. From 1789, its impetus came from a small group of philosophe-revolutionnaires, men such as Mirabeau, Sieyes, Condorcet, Volney, Roederer, and Brissot. Not aligned to any of the social groups who took the lead in the French National assembly, the Paris commune, or the editing of the Parisian revolutionary journals, they nonetheless forged `la philosophie moderne` -- in effect Radical Enlightenment ideas -- into a world-transforming ideology that had a lasting impact in Latin America and eastern Europe as well as France, Italy, Germany, and the Low Countries. Whilst all French revolutionary journals clearly stated that la philosophie moderne was the main cause of the French Revolution, the main stream of historical thought has failed to grasp what this implies. Israel sets the record straight, demonstrating the true nature of the engine that drove the Revolution, and the intimate links between the radical wing of the Enlightenment and the anti-Robespierriste `Revolution of reason`.

Israel, Jonathan I. Revolutionary Ideas: An Intellectual History of the French Revolution from The Rights of Man to Robespierre

Israel, Jonathan I. Enlightenment Contested - Philosophy, Modernity, and the Emancipation of Man 1670-1752