The Gothic- A Very Short Introduction 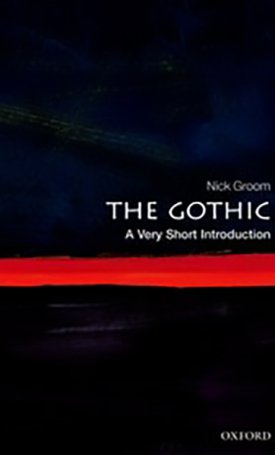 The Gothic- A Very Short Introduction

The Gothic is wildly diverse. It can refer to ecclesiastical architecture, supernatural fiction, cult horror films, and a distinctive style of rock music. It has influenced political theorists and social reformers, as well as Victorian home décor and contemporary fashion. Nick Groom shows how the Gothic has come to encompass so many meanings by telling the story of the Gothic from the ancient tribe who sacked Rome to the alternative subculture of the present day.

This unique Very Short Introduction reveals that the Gothic has predominantly been a way of understanding and responding to the past. Time after time, the Gothic has been invoked in order to reveal what lies behind conventional history. It is a way of disclosing secrets, whether in the constitutional politics of seventeenth-century England or the racial politics of the United States. While contexts change, the Gothic perpetually regards the past with fascination, both yearning and horrified. It reminds us that neither societies nor individuals can escape the consequences of their actions.

The anatomy of the Gothic is richly complex and perversely contradictory, and so the thirteen chapters here range deliberately widely. This is the first time that the entire story of the Gothic has been written as a continuous history: from the historians of late antiquity to the gardens of Georgian England, from the mediaeval cult of the macabre to German Expressionist cinema, from Elizabethan Revenge Tragedy to American consumer society, from folk ballads to vampires, from the past to the present.

Table of Contents:
Introduction: A history of the Gothic in thirteen chapters
1: Origins of the Goths
2: The ascent to heaven
3: The iconoclasts
4: The revenge of the dead
5: Liberty gothic
6: Gothic whiggery
7: The Sixties
8: The descent into hell
9: The poetics of blood
10: The gothic dream
11: New England goths
12: Goths at the movies
13: First and last and always
Further reading

Author Information:
Professor Nick Groom is Chair in English at the University of Exeter, Cornwall Campus, and Director of ECLIPSE: the Exeter Centre for Literatures of Identity, Place, and Sustainability. He has published widely for both academic and popular readerships, and is the author and editor of many books, most recently The Forger`s Shadow (2002), Thomas Chatterton: Selected Poetry (2003), and The Union Jack (2006).