A History of the Second World War

A History of the Second World War

First published in 1970, the year after his death, Liddell Hart`s History of the Second World War is a highly acclaimed account by one of the greatest military writers of the twentieth century. Providing searing insights and drawing on an unparalleled knowledge of tactics and strategy, it is the culmination of a lifetime`s analysis and study.

Condensing six bloody years into one volume, Liddell Hart examines the moral and strategic choices made by those in power and the way these decisions affected ordinary soldiers on the ground. With meticulous attention to detail and epic scope, his work is a true classic and indispensable for those seeking to understand this most devastating of conflicts.

Sir Basil Liddell Hart was a military strategist and writer of great acclaim, and one of the world`s outstanding teacher-historians. Born in Paris in 1895, he was educated at Cambridge before serving on the Western Front with the Yorkshire Light Infantry after which he was military correspondent of the Daily Telegraph and The Times. He evolved several military tactical developments including the Battle Drill system and was an early advocate of airpower and armoured forces. He lectured on strategy and tactics at staff colleges in numerous countries. His many books include biographies of several great commanders, and The Other Side of the Hill - his interviews with the Second World War`s highest-ranking German generals. He was knighted in 1966 and died in 1970. 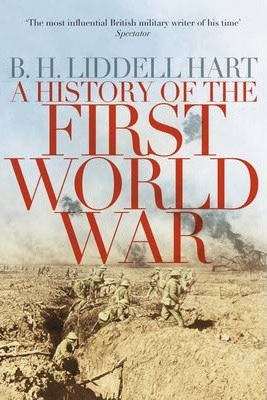