White aster flowers, on sale on the streets of Budapest on the eve of All Souls` Day, are made the symbol of a revolution which brings Mihály Károlyi (1875-1955) to power at the head of a National Council. Károlyi concludes an armistice which leaves large areas of Hungarian territory under occupation by French, Romanian and Serbian forces. Following the King-Emperor`s abdication in November 1918, Hungary is declared an independent republic with Károlyi as its President. He sets about meeting Hungary`s most pressing social need, for land reform. But Károlyi`s liberal regime is soon beset by strong opposition from the right and from the left. The Allies seal Károlyi`s fate by refusing to end the economic blockade of Hungary and by imposing, even in advance of a peace settlement (Hungary is denied an invitation until the Conference is virtually over), even harsher armistice terms. Károlyi flinches from opposing these measures by force. The small socialist element in his government of well-meaning aristocrats defects and forms an alliance with Hungary`s fledgling Communist Party. Károlyi resigns and chooses exile. The Communists, led by Bela Kun, take power. Kun raises a Red Army, which defeats a Czech invasion but fails to stem the Romanian advance, which enters Budapest in defiance of orders from Paris and engages in an orgy of pillage and destruction. The Peace Conference despatches a British diplomat, Sir George Clerk, to Budapest to broker a Romanian withdrawal. Clerk succeeds in forming a coalition government of right-wing parties, with token representation for the centre-left, which he recognises in the name of the Peace Conference and invites to send a delegation to Paris. It includes Counts István Bethlen (1874-1946) and Pál Teleki, both future prime ministers. The delegation is presented on arrival, on 6 January 1920, with the draft peace treaty for Hungary which the expert committees of the Conference have produced and which the Council has approved without amendment. The Hungarians are appalled to find that the treaty will deprive their country of two-thirds of her territory and over half of her population. The injustice of the Treaty will drive Hungary into the arms of Nazi Germany, a fatal alliance which will doom Hungary`s Jews to annihilation and Hungary to defeat and destruction in the Second World War.
Kiadó: Haus Publishing
Kategória: Történelem / 20-21. század

Cartledge, Bryan Károlyi and Bethlen, Hungary - Makers of the Modern World, The Peace Conferences of 1919-23 and Their Aftermarth 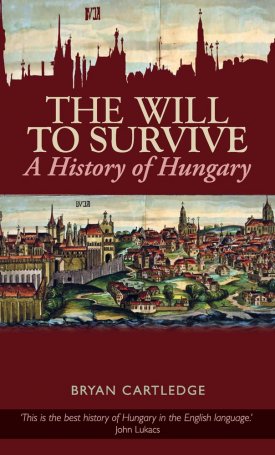 Cartledge, Bryan The Will to Survive - A History of Hungary 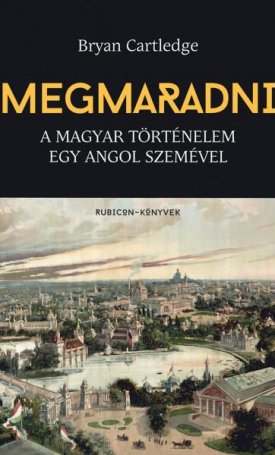