Making of Rubens, The

Making of Rubens, The

Rubens has long been considered a remarkably successful, prolific, and fleshly painter, a frequenter of the courts of the great. He is more admired than loved in our time, in contrast to the troubled figure of Rembrandt. This book takes up basic questions about Rubens`s art and life, studies two of his bacchic paintings in detail, and discovers him in a less easy and more identifiably modern predicament.

The first problem Svetlana Alpers addresses is one of the relationship between making art and national consciousness. Why and how did Rubens paint the reveling Flemish peasants in the great Louvre Kermis? The circumstances, tone, and feeling of this picture are investigated and found to involve deep ambivalences that are political, social, and aesthetic.

The second problem is that of art and its consumption. Beginning with Watteau, the making of a Rubensian art is traced through the taste for Rubens in the eighteenth century in France, where many of the pictures from his own collection were to be found. In the writings of Roger de Piles and in the works of the painters to follow, a binary system of taste emerges for Rubens as contrasted to Poussin. Critical distinctions come to be fashioned in terms of gender.
Finally Alpers considers creativity itself and how, as a man and as a painter, Rubens could have seen his own generative talent. An analysis of his Munich Silenus—fleshy, intoxicated, and disempowered as a condition of producing his songs—reveals a sense of the creative gift as humanly indeterminate and equivocal. 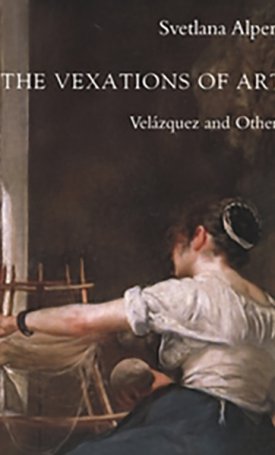 Alpers, Svetlana Vexations of Art, The - Velázquez and Others