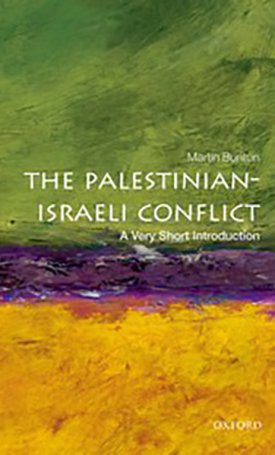 The conflict between Palestine and Israel is one of the most highly publicized and bitter struggles in history. In this accessible and stimulating Very Short Introduction, Martin Bunton clearly explains the history of the problem, reducing it to its very essence - a modern territorial contest between two nations and one geographical territory.

Adopting a fresh and original approach, each section covers a twenty-year span, to highlight the historical complexity of the conflict throughout successive decades. Each chapter starts with an examination of the relationships among people and events that marked particular years as historical moments in the evolution of the conflict, including the 1897 Basle Congress; the 1917 Balfour Declaration and British occupation of Palestine; and the 1947 UN Partition Plan and the war for Palestine.

Providing a clear and fair exploration of the main issues, Bunton explores not only the historical basis of the conflict, but also looks at how and why partition has been so difficult and how efforts to restore peace continue today.

Author Information:
Professor Martin Bunton is Assistant Professor at the University of Victoria, Canada. His teaching and research focuses on the field of modern Middle Eastern history and history of the region in its global context. He is the author of several books, including A History of the Modern Middle East, 4th edition (Westview Press, 2008).