Ruin and Redemption in Architecture

Ruin and Redemption in Architecture

Ruin and Redemption in Architecture captures the awe-inspiring drama of abandoned, forgotten, and ruined spaces, as well as the extraordinary designs that can bring them back to life - demonstrating that reimagined, repurposed, and abandoned architecture has the beauty and power to change lives, communities, and cities the world over.

The scale and diversity of abandoned buildings is shown through examples from all around the world, demonstrating the extraordinary ingenuity of their transformation by some of the greatest architectural designers of the 20th and 21st centuries. Examples range from Victorian gas holders, imposing railway stations, factories, World War II flak towers and bunkers to Gothic churches and belle époque theaters.

This compelling book also brings to life the fascinating stories behind high-profile projects such as the High Line in New York, Tate Modern in London, the Prada campus in Milan, and Zeitz MOCAA in Cape Town, as well as extraordinary lesser-known abandoned - and regenerated - spaces around the world.

Iconic work from the stars of the 20th century including Marcel Breuer, Louis Sullivan, and Frank Lloyd Wright - as well as extraordinary transformations by such contemporary masters as Jean Nouvel, OMA, Thomas Heatherwick, and Herzog & de Meuron.

Ruin and Redemption in Architecture includes a foreward by Dylan Thuras, co-founder of Atlas Obscura, a guide to the world`s most obscure places.

Dan Barasch is Co-Founder of the Lowline, a plan to transform an abandoned New York City trolley terminal into the world`s first underground park. His work on the Lowline helped uncover global enthusiasm and interest in reclaiming abandoned buildings. He has previously held leadership roles at Google, UNICEF, the 9/11 Survivors` Fund, and within New York City government, and he began his career co-producing the weekly National Public Radio show `It`s Your World.` A frequent speaker on social innovation, urban development, and public design, Dan lives in New York City. 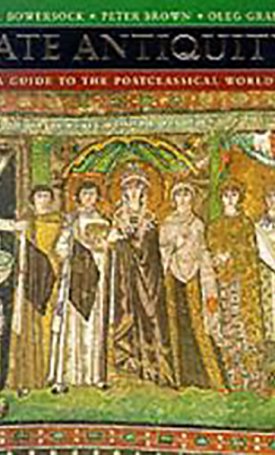 Late Antiquity - A Guide to the Postclassical World

Raguin, Virginia Chieffo History of Stained Glass, The - The Art of Light Medieval to Contemporary