After the Death of God

After the Death of God

It has long been assumed that the more modern we become, the less religious we will be. Yet a recent resurrection in faith has challenged the certainty of this belief. In these original essays and interviews, leading hermeneutical philosophers and postmodern theorists John D. Caputo and Gianni Vattimo engage with each other`s past and present work on the subject and reflect on our transition from secularism to postsecularism.
As two of the figures who have contributed the most to the theoretical reflections on the contemporary philosophical turn to religion, Caputo and Vattimo explore the changes, distortions, and reforms that are a part of our postmodern faith and the forces shaping the religious imagination today. Incisively and imaginatively connecting their argument to issues ranging from terrorism to fanaticism and from politics to media and culture, these thinkers continue to reinvent the field of hermeneutic philosophy with wit, grace, and passion.

"Gianni Vattimo, John D. Caputo, Gabriel Vahanian, and Jeffrey W. Robbins are assuring us in this new book that Nietzsche was right at least about two things: the “death of God” and that `there are no facts, but only interpretations.` Nietzsche`s announcement of the `death of God` is not only valid and alive today, but will also continue to be so in the future. This book assures us that hermeneutical philosophy has taken over the world and that we are living in the `age of interpretation.`" — Santiago Zabala, editor of Weakening Philosophy

A szerzőkről:
John D. Caputo is Thomas J. Watson Professor of Religion and Humanities and professor of philosophy at Syracuse University and the David R. Cook Professor Emeritus of Philosophy at Villanova University. His most recent books are The Weakness of God: A Theology of the Event and Philosophy and Theology. Gianni Vattimo is professor of philosophy at the University of Turin. His books with Columbia University Press are Art`s Claim to Truth, Dialogue with Nietzsche, The Future of Religion, Nihilism and Emancipation, After Christianity, and Not Being God: A Collaborative Autobiography. His forthcoming book, coauthored with Santiago Zabala, is Hermeneutic Communism. Jeffrey W. Robbins is associate professor of religion and philosophy at Lebanon Valley College.
Kiadó: Columbia University Press
Szerkesztő: Robbins, Jeffrey W.
Kategória: Filozófia, Filozófia / 20.-21. század, Vallás / kereszténység, Filozófia / hermeneutika 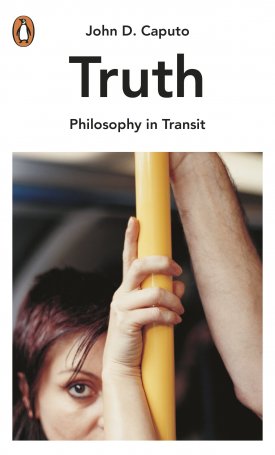 Caputo, John D. Truth - The Search for Wisdom in the Postmodern Age - Philosophy In Transit