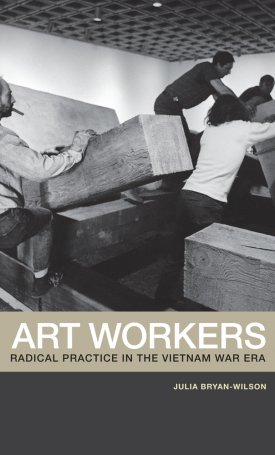 During the late 1960s and early 1970s, in response to the political turbulence generated by the Vietnam War, an important group of American artists and critics sought to expand the definition of creative labor by identifying themselves as “art workers.” In the first book to examine this movement, Julia Bryan-Wilson shows how a polemical redefinition of artistic labor played a central role in minimalism, process art, feminist criticism, and conceptualism. In her close examination of four seminal figures of the period—American artists Carl Andre, Robert Morris, and Hans Haacke, and art critic Lucy Lippard—Bryan-Wilson frames an engrossing new argument around the double entendre that “art works.” She traces the divergent ways in which these four artists and writers rallied around the “art worker” identity, including participating in the Art Workers' Coalition—a short-lived organization founded in 1969 to protest the war and agitate for artists' rights—and the New York Art Strike. By connecting social art history and theories of labor, this book illuminates the artworks and protest actions that were central to this pivotal era in both American art and politics.

A Best Book of 2009, Artforum Magazine

Julia Bryan-Wilson is Associate Professor of Art History at the University of California, Irvine.