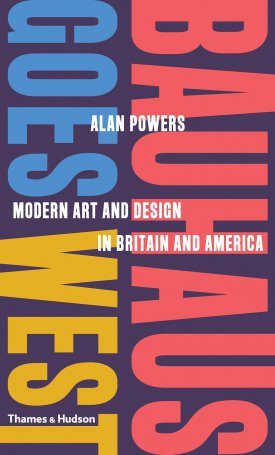 Bauhaus Goes West tells the fascinating story of the journey taken by the Bauhaus – both the concept behind the school and some of the individuals who represented it – from Germany to Britain and the United States. It is therefore a story of cultural exchange, not only between the Bauhaus émigrés and the countries to which they moved, but also in the other direction, focusing in particular on Britain. Most significantly, perhaps, it considers in detail the presence in the UK during the 1930s of three of the school’s most important figures – Gropius, Marcel Breuer and László Moholy-Nagy – using meticulous research to tell for the first time the stories of their British experiences in parallel. After considering some of the lesser-known Bauhäusler who stayed in Britain for life, the book concludes by returning to the lives of the main protagonists and their continuation of the Bauhaus ideals in America.

Taking as its starting point the cultural connection between Britain and Germany in the early part of the 20th century, Bauhaus Goes West offers a timely re-evaluation of the school’s influence on and relationship with modern art and design, offering fresh insights and challenging assumptions along the way.