Between Quran and Kafka: West-Eastern Affinities 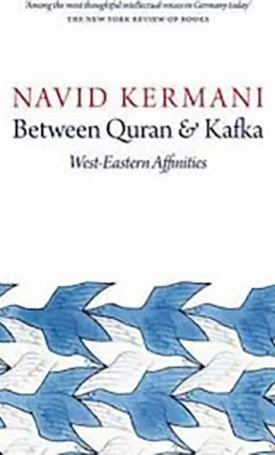 Between Quran and Kafka: West-Eastern Affinities

What connects Shiite passion plays with Brecht s drama? Which of Goethe s poems were inspired by the Quran? How can Ibn Arabi s theology of sighs explain the plays of Heinrich von Kleist? And why did the Persian author Sadeq Hedayat identify with the Prague Jew Franz Kafka?

One who knows himself and others will here too understand: Orient and Occident are no longer separable : in this new book, the critically acclaimed author and scholar Navid Kermani takes Goethe at his word. He reads the Quran as a poetic text, opens Eastern literature to Western readers, unveils the mystical dimension in the works of Goethe and Kleist, and deciphers the political implications of theatre, from Shakespeare to Lessing to Brecht. Drawing striking comparisons between diverse literary traditions and cultures, Kermani argues for a literary cosmopolitanism that is opposed to all those who would play religions and cultures against one another, isolating them from one another by force. Between Quran and Kafka concludes with Kermani s speech on receiving Germany s highest literary prize, an impassioned plea for greater fraternity in the face of the tyranny and terrorism of Islamic State.

Kermani s personal assimilation of the classics gives his work that topical urgency that distinguishes universal literature when it speaks to our most intimate feelings. For, of course, love too lies between Quran and Kafka.

Table of Contents
Contents
A Personal Note
1. Don’t Follow the Poets!
The Quran and Poetry
2. Revolt against God
Attar and Suffering
3. World without God
Shakespeare and Man
4. Heroic Weakness
Lessing and Terror
5. God Breathing
Goethe and Religion
6. Filth of My Soul
Kleist and Love
7. The Truth of Theatre
The Shiite Passion Play and Alienation
8. Liberate Bayreuth!
Wagner and Empathy
9. Swimming in the Afternoon
Kafka and Germany
10. The Purpose of Literature
Hedayat and Kafka
11. For Europe
Zweig and the Borders
12. In Defence of the Glass Bead Game
Hesse and Decadence
13. The Violence of Compassion
Arendt and Revolution
14. Tilting at Windmills
Mosebach and the Novel
15. One God, One Wife, One Cheese
Golshiri and Friendship
16. Chant the Quran Singingly
Neuwirth and Literalist Orthodoxy
Appendix
On the 65th Anniversary of the Promulgation of the German Constitution
Speech to the Bundestag, Berlin, May 23, 2014
On Receiving the Peace Prize of the German Publishers’ Association
Speech in St Paul’s Church, Frankfurt am Main, October 18, 2015
About the Text
Index

Navid Kermani is a writer and Islamic scholar who lives in Cologne, Germany. He has received numerous accolades for his literary and academic work, including the 2015 Peace Prize of the German Book Trade, Germany s most prestigious cultural award.
Kiadó: Polity Press
Kategória: Vallás, Filozófia, Szociológia 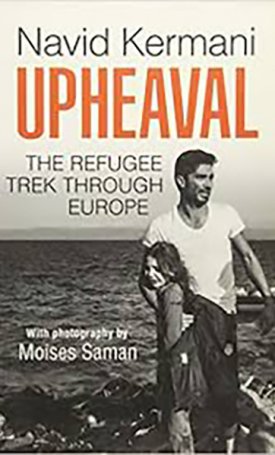