Dissertation on the Passions, A; The Natural History of Religion

Dissertation on the Passions, A; The Natural History of Religion

David Hume (1711-1776) is one of the greatest of philosophers. Today he probably ranks highest of all British philosophers in terms of influence and philosophical standing. His philosophical work ranges across morals, the mind, metaphysics, epistemology, religion, and aesthetics; he had broad interests not only in philosophy as it is now conceived but in history, politics, economics, religion, and the arts. He was a master of English prose.
The Clarendon Hume Edition will include all of his works except his History of England and minor historical writings. It is the only thorough critical edition, and will provide a far more extensive scholarly treatment than any previous editions. This edition (which has been in preparation since the 1970s) offers authoritative annotation, bibliographical information, and indexes, and draws upon the major advances in textual scholarship that have been made since the publication of earlier editions--advances both in the understanding of editorial principle and practice and in knowledge of the history of Hume`s own texts.

In this volume, Tom Beauchamp presents two essays from Four Dissertations (1757), the last philosophical work written by Hume, which was subsequently revised by the philosopher in the remaining years of his life. Whilst the bulk of A Dissertation on the Passions was extracted from passages in A Treatise of Human Nature, The Natural History of Religion was an original work when published in 1757, as well as the only major work devoted exclusively to the subject of religion that Hume published in his lifetime. Together with Hume`s earlier work on religious topics, this essay drew considerable philosophical commentary from his contemporaries.
The last edition of the two works in this volume seen through the press by Hume himself appeared in 1772. It provides the copy-text for this critical edition. The Editor`s primarily historical Introduction discusses the genesis, revision, and reception of these two dissertations, which went into ten editions at the author`s hand. It will appeal to scholars across many disciplines.
Kiadó: Oxford University Press
Szerkesztő: Beauchamp, Tom
Kategória: Vallás / kereszténység, Filozófia / újkor, Filozófia / történelemfilozófia, Filozófia

Hume, David Dialogues and The Natural History of Religion 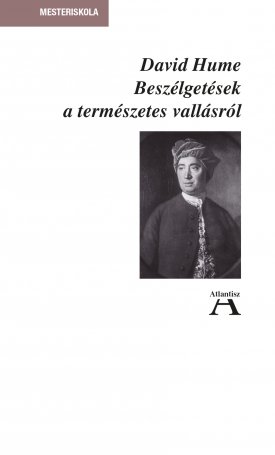