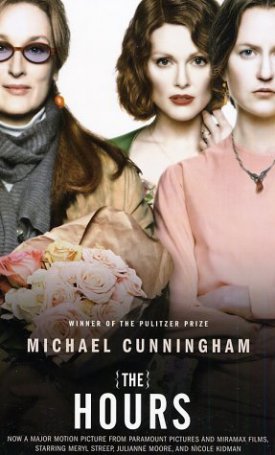 Winner of the 1999 Pulitzer and Pen/Faulkner prizes, The Hours is a daring and deeply affecting novel inspired by the life and work of Virginia Woolf. Now a major motion picture, directed by Stephen Daldry (BILLY ELLIOT) and starring Julianne Moore, Nicole Kidman, Meryl Streep and Ed Harris. Exiled in Richmond in the 1920s, taken from her beloved Bloomsbury and lovingly watched over by her husband Leonard, Virginia Woolf struggles to tame her rebellious mind and make a start on her new novel. In the brooding heat of 1940s Los Angeles, a young wife and mother yearns to escape the claustrophobia of suburban domesticity and read her precious copy of Mrs Dalloway. And in New York in the 1990s, Clarissa Vaughan steps out of her smart Greenwich Village apartment and goes shopping for flowers for the party she is giving in honour of her life-long friend Richard, an award-winning poet whose mind and body are being ravaged by AIDS. These are the characters in Michael Cunningham`s exquisite and deeply moving new novel, which takes Woolf`s life and work as inspiration for a meditation on artistic behaviour, failure, love and madness.
Moving effortlessy across the decades and between England and America, Cunningham`s elegant, haunting prose explores the pain and trauma of creativity and the immutable relationship between writer and reader.