Introduction to Zen Buddhism, An

Introduction to Zen Buddhism, An

D.T. Suzuki (1870 - 1966) is usually credited with introducing Zen Buddhism to America, and in AN INTRODUCTION TO ZEN BUDDHISM he covers Zen in a scholastic and erudite fashion. Suzuki`s use of English is extremely complex, but his style gets information across very well.
While expounding on the basics of Zen, Suzuki is always quick to respond to questions the reader might have. He dedicates an entire chapter to countering the oft-heard argument that Zen is nihilistic. The final chapter covers daily life for Zen monks, giving Westerners a glimpse of what is common knowledge for Japanese (or was several generations ago).

The book is not perfect, however. Suzuki covers only the Rinzai school of Japanese Buddhism, leaving the Soto school out in the cold. Also, like any Japanese Zen scholar, he tends to do a little Theravada bashing, claiming that it is "primitive" and unrefined.

D.T. Suzuki was a professor of Buddhist studies, and not a Zen adept himself, so it is important to also read an account of Zen from a personal and practical angle, to complement Suzuki`s scholarly approach. For that, I recommend QUESTIONS TO A ZEN MASTER with Taisen Deshimaru. 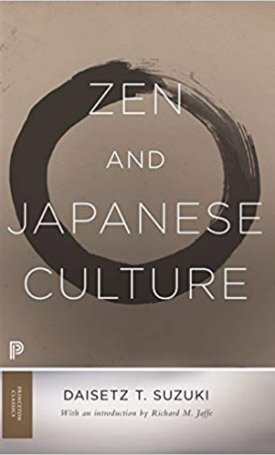 Suzuki, D.T. Zen Doctrine of No Mind, The