Life and Opinions of Tristram Shandy, Gentleman, The

Life and Opinions of Tristram Shandy, Gentleman, The

This revised edition of Sterne`s extraordinary comic novel retains the text based on the first editions of the original nine volumes, with Sterne`s later changes, adds two illustrations by William Hogarth, and expands and updates the introduction, bibliography, and notes, to make this the most critically up-to-date edition available.
The text of the novel preserves, as far as possible, the appearance of Sterne`s idiosyncratic typography and features such as black pages, marbled pages, blank pages, missing chapters and other devices.
The introduction provides an overview of the novel and its place in eighteenth-century literature, a biographical account of the author, the novel`s innovations and influence, and attitudes towards readers and writers.
Extensive, up-to-date bibliography.
Comprehensive notes identify the profusion of references and reveal previously overlooked sources.
New to this edition

Sterne`s great comic novel is the fictional autobiography of Tristram Shandy, a hero who fails even to get born in the first two volumes. It contains some of the best-known and best-loved characters in English literature, including Uncle Toby, Corporal Trim, Parson Yorick, Dr Slop and the Widow Wadman. Beginning with Tristram`s conception, the novel recounts his progress in `this scurvy and disasterous world of ours`, including his misnaming during baptism and his accidental circumcision by a falling sash-window at the age of five; unsurprisingly, Tristram declares that he has been `the continual sport of what the world calls Fortune`. Tristram Shandy also offers the narrator`s `opinions`, at once facetious and highly serious, on books and learning in an age of rapidly expanding print culture, and on the changing understanding of the roles of writers and readers alike. 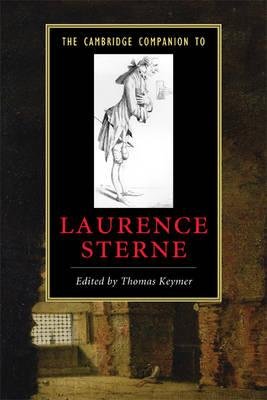 Sterne, Laurence Sentimental Journey and Other Writings, A