Includes more than 60 essays and lectures spanning the decades-long career of one of Hinduism`s most prominent scholars
Examines a rich array of Hindu concepts—polytheism, death, gender, art, contemporary puritanism, non-violence, and many more

In this magisterial volume of essays, Wendy Doniger enhances our understanding of the ancient and complex religion to which she has devoted herself for half a century. This series of interconnected essays and lectures surveys the most critically important and hotly contested issues in Hinduism over 3,500 years, from the ancient time of the Vedas to the present day.

The essays contemplate the nature of Hinduism; Hindu concepts of divinity; attitudes concerning gender, control, and desire; the question of reality and illusion; and the impermanent and the eternal in the two great Sanskrit epics, the Ramayana and the Mahabharata. Among the questions Doniger considers are: Are Hindus monotheists or polytheists? How can atheists be Hindu, and how can unrepentant Hindu sinners find salvation? Why have Hindus devoted so much attention to the psychology of addiction? What does the significance of dogs and cows tell us about Hinduism? How have Hindu concepts of death, rebirth, and karma changed over the course of history? How and why does a pluralistic faith, remarkable for its intellectual tolerance, foster religious intolerance?

Doniger concludes with four concise autobiographical essays in which she reflects on her lifetime of scholarship, Hindu criticism of her work, and the influence of Hinduism on her own philosophy of life. On Hinduism is the culmination of over forty years of scholarship from a renowned expert on one of the world`s great faiths.

Introduction: Foreword into the Past
A Chronology
I. On Being Hindu
Hinduism by Any Other Name
Are Hindus Monotheists or Polytheists?
Three (or More) Forms of the Three (or More) - Fold Path in Hinduism
The Concept of Heresy in Hinduism
Eating Karma
Medical and Mythical Constructions of the Body in Sakskrit Texts
Death and Rebirth in Hinduism
Forgetting and Re-awakening to Incarnation
Assume the Position: The Fight over the Body of Yoga
The Toleration of Intolerance in Hinduism
The Politics of Hinduism Tomorrow
II. Gods, Humans and Anti-Gods
Saguna and Nirguna Images of the Deity
You Can`t Get Here from There: The Logical Paradox of Hindu Creation Myths
Together Apart: Changing Ethical Implications of Hindu Cosmologies
God`s Body, or, the Lingam Made Flesh: Conflicts over the Representation of Shiva
Sacrifice and Subsitution: Ritual Mystification and Mythical Demystification in Hinduism
The Scrapbook of Undeserved Salvation: The Kedara Khanda of the Skanda Purana
III. Women and Other Genders
Why Should a Brahmin Tell You Whom to Marry?: A Deconstruction of the Laws of Manu
Saranyu/Samjna: The Sun and the Shadow
The Clever Wife in Indian Mythology
Rings of Rejection and Recognition in Ancient India
The Third Nature: Gender Inversions in the Kamasutra
Bisexuality and Transsexuality Among the Hindu Gods
Transsexual Transformations of Subjectivity and Memory in Hindu Mythology
IV. Kama and other Seductions
The Control of Addiction in Ancient India
Reading the Kamasutra: It Isn`t All About Sex
The Mythology of the Kamasutra
From Kama to Karma: The Resurgence of Puritanism in Contemporary India
V. Horses and Other Animals
The Ambivalence of Ahimsa
Zoomorphism in Ancient India: Humans More Bestial Than Beasts
The Mythology of Horses in India
The Submarine Mare in the Mythology of Shiva
Indra as the Stallion`s Wife
Dogs as Dalits in Indian Literature
Sacred Cows and Beefeaters
VI. Illusion and Reality in the Hindu Epics
Impermanence and Eternity in Hindu Epic, Art and Performance
Shadows of the Ramayana
Women in the Mahabharata
The History of Ekalavya
VII. On Not Being Hindu
"I Have Scinde": Orientalism and Guilt
Doniger O`Flaherty on Doniger
You Can`t Make an Omelette
The Forest-Dweller
Appendix I: Limericks on Hinduism
Appendix II: Essays on Hinduism by Wendy Doniger
List of Abbreviations
Notes
Bibliography
Index

Wendy Doniger is the Mircea Eliade Distinguished Service Professor of the History of Religions at the University of Chicago and the author of over 30 books, most recently The Hindus: An Alternative History. 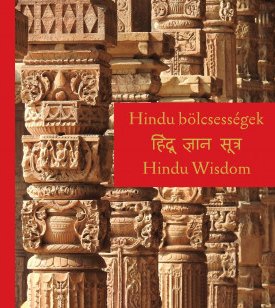 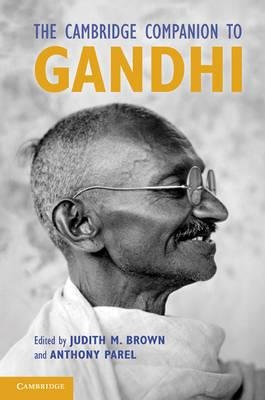