This important new book is the first of a series of volumes collecting the essential articles by the eminent and highly influential philosopher Saul A. Kripke. It presents a mixture of published and unpublished articles from various stages of Kripke`s storied career.

Included here are seminal and much discussed pieces such as "Identity and Necessity", "Outline of a Theory of Truth", "Speaker`s Reference and Semantic Reference", and "A Puzzle About Belief." More recent published articles include "Russell`s Notion of Scope" and "Frege`s Theory of Sense and Reference" among others. Several articles are published here for the first time, including both older works ("Two Paradoxes of Knowledge", "Vacuous Names and Fictional Entities", "Nozick on Knowledge") as well as newer ("The First Person" and "Unrestricted Exportation"). "A Puzzle on Time and Thought" was written expressly for this volume.

Publication of this volume -- which ranges over epistemology, linguistics, pragmatics, philosophy of language, history of analytic philosophy, theory of truth, and metaphysics -- represents a major event in contemporary analytic philosophy. It will be of great interest to the many who are interested in the work of one its greatest living figures.
Kiadó: Oxford University Press
Kategória: Filozófia 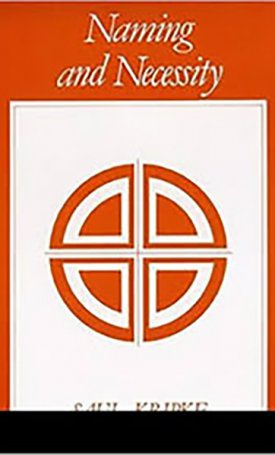 Kripke, Saul A. Naming and Necessity

Kripke, Saul A. Wittgenstein on Rules and Private Language