Revolution 1989 - The Fall of the Soviet Empire

Revolution 1989 - The Fall of the Soviet Empire

This book is subtitled "the fall of the Sovjet empire"- which may sound a bit melodramatic. But it is, in fact, hard to overstate the magnitude and drama of the change that occurred in the pivotal year of 1989 when the six countries of eastern Europe in the Sovjet block one by one replaced their single-party communist systems with multi-party democracy, cut their allegiances to Moscow and the Warsaw pact, and embraced western style market-capitalism, social democracy, the European Union, and NATO.

In this book, Viktor Sebestyen, known from the acclaimed "Twelve Days" about the Hungarian uprising of 1956, takes us through the decade and a half preceding the year 1989. Chapter by chapter the book moves back and forth through the six countries under Sovjet dominion: Eastern Germany, Poland, Chechoslovakia, Hungary, Rumania and Bulgaria, providing us glimpses of those countries` unique histories and the manner in which they ended up being Sovjet vassals, the pivotal events in each of these countries that would have major repercussions - sometimes years later - such as the election of Polish pope John Paul II, and up until when, finally, the actual mostly peaceful overthrow of the communists` reign took place. Naturally, there is attention for the events in the Sovjet Union, where the succession of Leonid Brezhnev by Mikail Gorbachov (with two other leaders briefly in-between) led to sweeping changes in its policies and goals. However, that is not the focus of this particular book (I rather suspect Mr. Sebestyen is working on a separate book on that story) and here it is only given to the extent it helps us understand the events in the six East-block countries. The book does not describe paralel events in Yugoslavia or Albania, either.

Mr. Sebestyen is a very good writer in the tradition of British journalism, and this book is an easy and pleasant read. The chapters are all rather short and infuse the story with excitement and not rarely a cliff-hanger of sorts. As best I can tell the facts are presented in a balanced way and the research seems to have been done well - although I am sure some may find details that are incorrect (I found one: the Nobel prize for peace is given out in Oslo, not in Stockholm). There are some photographs in the book that illustrate and enliven the story - but more would have been better.

In some places Mr. Sebestyen provides us with a glimpse of how history research can discover only later what dramatic events were taking place without most of us realizing. One example of that, described in this book, is how in December of 1983 the world came closer to nuclear war than ever before. This is chilling reading, a reminder how differently things could have turned out... And, unexpectedly, Mr. Sebestyen provides us with a view of then-president Reagan that casts him in a more favorable light than many other sources have done.

The book is not edited well. There are sometimes gaps in the story lines, and some things are left hanging in the air. In some instances it is impossible to figure out when a specific event was supposed to have happened. But those are minor flaws in an otherwise impressive book.

All in all, this is a very good book on events that for many of us occurred during own lifetimes but we may nonetheless have missed some of the key ingredients. For those who were not around or too small to remember, this book is an absolute must-read. And maybe this book, or one similar in scope, should be required reading for all, lest we should forget how only very recently a major change in our world took place, in mostly a peaceful manner, forever changing the course of history.
Kiadó: Phoenix
Kategória: Történelem 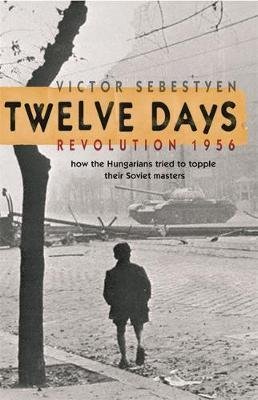