Brassai - For the Love of Paris 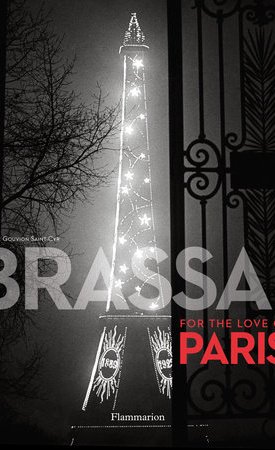 Brassai - For the Love of Paris

This striking monograph celebrates the beauty of Paris, Brassai`s muse throughout his career. Hungarian-born photographer Brassai dedicated more than fifty years of his artistic creation to capturing his adoptive city in all its facets. From winsome children playing in the public gardens to an amorous couple on an amusement park attraction, from opera and ballet stars to prostitutes and vagrants, and from cobblestone alleyways to ephemeral graffiti, his photographs embody the very essence of Paris. In an interview shortly before his death in 1984, he explained how Paris had served as an infinite source of inspiration and had reigned as the unifying theme that characterized each phrase of his artistic work.

Brassai (1899-1984) is one of the great figures of twentieth-century photography. Agnes de Gouvion Saint-Cyr is the former Inspector-General for photography for the French Ministry of Culture.