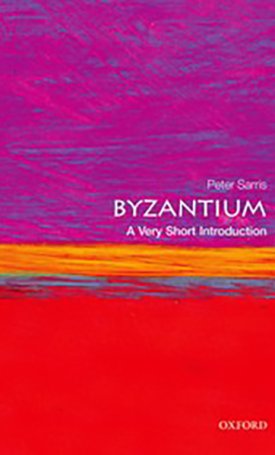 After surviving the fifth century fall of the Western European Roman Empire, the Byzantine Empire flourished as one of the most powerful economic, cultural, and military forces in Europe for a thousand years.

In this Very Short Introduction Peter Sarris introduces the reader to the unique fusion of Roman political culture, Greek intellectual tradition and Christian faith that took place in the imperial capital of Byzantium under the emperor Constantine and his heirs. Using examples from Byzantine architecture, art and literature, Sarris shows how their legacy was re-worked and re-invented in the centuries ahead, in the face of external challenges and threats. Charting the impact of warfare with the Persian and Islamic worlds to the east, Sarris explores the creativity of Byzantine statecraft and strategy, as well as the empire`s repeated (but ultimately forlorn) attempts to enlist aid from the Christian powers of Western Europe to ensure its survival.

Table of Contents:
1: What was Byzantium?
2: Constantinople, `the ruling city`
3: From antiquity to the middle ages
4: Byzantium and Islam
5: Strategies for survival
6: Text, image, space, and spirit
7: End of empire
Further reading
Index

Author Information:
Peter Sarris was educated at St Albans School and Balliol College, Oxford, where he read Modern History, specialising in Byzantine and medieval topics. In 1993 he was elected to a Prize Fellowship at All Souls College, and since 2000 he has taught at the University of Cambridge, where he is currently Reader in Late Roman, Medieval and Byzantine History and a Fellow of Trinity College. His previous books include Empires of Faith - The Fall of Rome to the Rise of Islam (OUP, 2011).
Kiadó: Oxford University Press
Sorozat: Very Short Introductions
Kategória: Történelem / középkor